The man who stormed the US Capitol wearing a horned hat earlier this month is reportedly willing to testify against Donald Trump at his impeachment trial, his lawyer said according to Fox News. Jacob

The man who stormed the US Capitol wearing a horned hat earlier this month is reportedly willing to testify against Donald Trump at his impeachment trial, his lawyer said according to Fox News.

Jacob Anthony Chansley, a self-titled QAnon Shaman, did not take too kindly to being "duped" by Trump when he received no pardon following the January 6 siege of the Capitol, his lawyer Albert Watkins said, per the outlet.

Chansley, also known as Jake Angeli, regretted "being in a position where he allowed that duping to put him in a position to make decisions he should not have made."

Watkins said he had not yet put the offer forward to any officials. Moreover, senators have not decided whether or not to bring in witnesses for the trial.

The lawyer added that it's vital that senators hear the testimony of someone who he believes was incited by Trump during the attack on the Capitol.

He said Chansley was "horrendously smitten" by Trump, but when he didn't get a pardon after the riot he felt "betrayed".

The former president was impeached by the House for "incitement of insurrection" following the Capitol siege and the Senate trial is set to begin on the week of February 8.

Chansley has been charged with civil disorder, obstruction of an official proceeding, disorderly conduct in a restricted building, demonstrating in a Capitol building, and more.

Last week, Watkins said per Fox News that Chansley was essentially "invited" into the Capitol by Trump and encouraged to take drastic action on the former president's behalf.

"Let's roll the tape," he said per the outlet. "Let's roll the months of lies, and misrepresentations, and horrific innuendo and hyperbolic speech by our president designed to inflame, enrage, motivate."

According to prosecutors, Chansley entered the Capitol holding an American flag attached to a wooden pole with a spear, refused to listen to an officer's orders to leave, entered the Senate chamber, and penned a threatening note to Mike Pence, who was then vice president.

Chansley told investigators he came to the Capitol "at the request of the president that all 'patriots' come to D.C. on January 6." 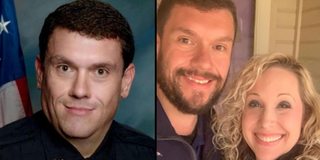 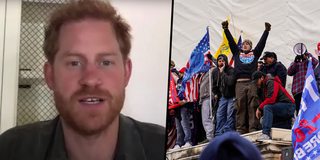