Jeffrey Smith had been a law enforcement officer for 12 years

Jeffrey Smith had been a law enforcement officer for 12 years

For the second time since the Jan. 6 attack on the U.S. Capitol, a police officer who rushed to the scene had died by suicide, PEOPLE confirms.

On Tuesday, acting D.C. Metropolitan Police Department Chief Robert J. Contee III revealed in his opening statement to a closed session of the House Appropriations Committee that one of his officers, Jeffrey Smith, died by suicide days after the riot.

Smith, 35, had been a law enforcement officer for 12 years, assigned to the Washington, D.C., neighborhoods of Cleveland Park and Georgetown.

Smith is the third officer to die after a large group of Donald Trump supporters, incited by his repeated false claims about election fraud, stormed the Capitol building as lawmakers gathered to certify Electoral College votes for President-elect Joe Biden. Capitol Police Officer Howard Liebengood also died by suicide within days of responding to the scene.

In all, five people died during the attack, including Capitol Police Officer Brian Sicknick.

Sicknick, 42, died the next night from injuries he sustained "while physically engaging with protesters" during the rampage, the United States Capitol Police said in a previous statement.

"We honor the service and sacrifices of Officers Brian Sicknick, Howard Liebengood, and Jeffery Smith, and offer condolences to all the grieving families," reads Contee's opening statement.

Want to keep up with the latest crime coverage? Sign up for PEOPLE's free True Crime newsletter for breaking crime news, ongoing trial coverage and details of intriguing unsolved cases.

Four others also died during the riots.

Ashli Babbitt, 35, was fatally shot by an officer who was confronting rioters as they stormed into the building, according to police, while Rosanne Boyland, 34, Kevin Greeson, 55, and Benjamin Phillips, 50, all died from "medical emergencies."

According to the Capitol Police, over 140 officers from the department and Metropolitan Police Department sustained injuries, with several requiring hospitalization. 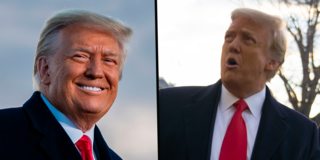