Her beauty is mesmerizing.

The modeling industry is a representation of youth and beauty and certain standards unreachable for the “ordinary” women. But does one need to be young in order to be part of it and walk the runways? This 65-year-old model says no.

Yazemeenah Rossi is a stunning lady who entered the fashion world in her thirties and is still going strong. In fact, she defies age and is looking better than most 20 year old models. Rossi is celebrated as “the world’s most beautiful grandmother,” and once you see her, you’ll understand why she is given this title.

However, despite her long and successful career as a model, she admits that the modeling industry remains primarily for the young.

Speaking to Vice, she said: “There was a time, some years ago, when I started to think things would gradually begin to change and we’d start to see more older models, but that did not happen. I do believe that men and women have the same concerns about growing old, although men might talk less about it. Nobody likes to see their skin give in to gravity. At the same time, growing old is something beautiful because you become stronger with the passing of time.”

Asked how she manages to stay young, she says it’s all about how you see yourself as age is just a state of mind. “You need to have a playful, adventurous, curious spirit,” she adds.

“I haven’t had any cosmetic surgery so far. The idea of going under the knife when I am perfectly healthy doesn’t make much sense to me.”

She told The Potion Tree how she takes care for her skin by scrubbing it with olive oil and fine sugar once a week.

Rossi is an inspiration to a number of women out there. We are sure her career as a model will last many more years. 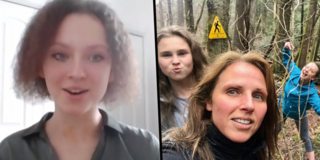 After suffering two stokes, dog is unable to get to parents’ bedroom s- 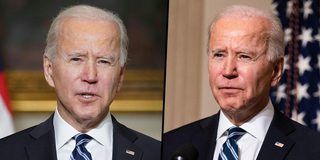