On Wednesday, January 6, people around the world watched in shock as protestors and rioters stormed the United States Capitol in protest of the results of the presidential election.

Actor and former Governor of California Arnold Schwarzenegger released a powerful video taking down President Trump, who he believes incited this riot.

Arnold Schwarzenegger shared a video to his Twitter page and did not hold back how he felt about the riot. "As an immigrant to this country, I would like to say a few words to my fellow Americans and to our friends around the world about the events of recent days," Arnold began, explaining that as someone who was born in Austria, he is reminded of the infamous "Kristallnacht, or Night Of Broken Glass," a rampage that was "carried out by the Nazi equivalent of Proud Boys."

"[The riot at the Capitol on] Wednesday was the Day Of Broken Glass right here in the United States," Arnold stated. "The mob did not just shatter the windows of the Capitol, they shattered the ideas we took for granted. They did not just break down the doors of the building that housed American democracy, they trampled the very principles on which our country was founded," Arnold continued.

"Being from Europe, I've seen firsthand how things can spin out of control." "President Trump sought to overturn the results of an election, and of a fair election. He sought a coup by misleading people with lies," Arnold continued. "I know where such lies lead. President Trump is a failed leader."

"He will go down in history as the worst president ever," Arnold declared. "The good thing is he will soon be as irrelevant as an old tweet," he continued. "But what are we to make of those elected officials who have enabled his lies and his treachery?"

My message to my fellow Americans and friends around the world following this week's attack on the Capitol. pic.twitter.com/blOy35LWJ5

Arnold's final message was equally as powerful: "And for those who think they can overturn the United States Constitution, know this: You will never win."

You can watch the video for yourself right here.

Do you agree with Arnold? Let us know how you feel in the comments below! 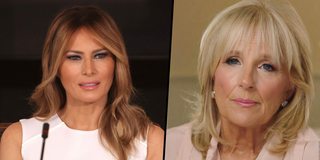 Pregnant Woman’s Belly Was Covered With Bruises, Then Ultrasound Revea-